If you are thinking about GTA Minecraft skin for your Minecraft world, then you are in a very perfect place, GTA is one of the most successful releases from Rockstar Games. Players have clocked hundreds or even thousands of hours behind the game, from the lovely sandy beaches to the colorful characters exploring cities, riding bikes, or driving vehicles.

Minecraft is one of the best sandbox games, but GTA sets the bar high with these fantastic characters and amazing storylines. So, why don’t we integrate GTA characters into our Minecraft world, here we handpick GTA Minecraft skins of all the famous characters from the GTA series-

Tommy Vercetti is the main character of GTA Vice City, how can we forget his blue Hawaiian shirt, Tommy has some gangster expertise while working for the Forelli Family of the Liberty City Mafia before ruling Vice City. I spent a lot of time making Tommy buy properties, loot people’s vehicles, and stunt with PCJ 600 bike.

Steve looks great in this blue Hawaiian shirt, you should try this GTA Minecraft skin from one of the iconic characters of the GTA series.

Another well-known character is Lance Vance, who leads the Vance Crime Family alongside his brother Victor. Lance Vance was one of the first people Tommy Vercetti met in GTA Vice City. At least this GTA Minecraft skin will make us nostalgic to remember him.

Sonny Forelli was the head of the Forelli Family, and he was later killed in the last GTA Vice City mission. At the end of the game, Tommy attempts to bribe Sonny with some fake money, but his fictitious friend.

Lance Vance betrays him and informs Sonny that the money is fake. Sonny orders his men to assassinate Tommy, but when they are all killed in his mansion, Tommy also kills Sonny.

The most popular character from Grand Theft Auto: San Andreas, also known as “CJ”. He was born in Las Santos and spent his adulthood in Liberty City, where he started working in the vehicle theft industry with Joey Leone, Don Salvatore Leone’s son. CJ is one of the most loved after Tommy Vercetti.

Both Big Smoke and CJ’s childhood friends are both members of the Grove Street Families. Big Smoke’s iconic style is green polo and jeans and it looks amazing on Steve, you should try this GTA Minecraft skin at least once.

Michael is the most popular character in the GTA 5 series with the two other protagonists in the game Franklin and Trevor, a former felon who faked his own death to start a new life and end himself wealthy in Los Santos.The perfect GTA Minecraft skin iconic gray suit for a role-playing story.

Franklin was one of the greatest characters to play in GTA V due to his unique ability to slow time while driving. Franklin is the guy who is murdering those who have contributed to his success. A terrific addition of GTA Minecraft skin.

Trevor is another name for violence in the GTA 5 series, where he and his mini truck Canis Bodhi were one of the best in the GTA 5 thanks to Trevor’s humor and his unpredictable behavior.

Baldhead, white T-shirt, and blue jeans, you should try his style in your Minecraft world. 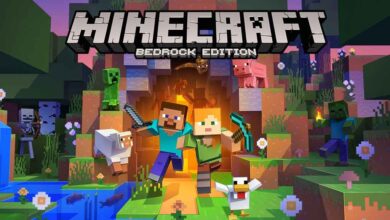